As hard as it might be to admit, we as humans, are unconsciously biased. Our brains are hardwired to make unconscious decisions. And we instinctively categorise people using easily observed criteria such as age, gender, disability, culture and sexuality.

Sydney-based startup Equal Reality are building an unconscious bias app using Virtual Reality to put you in the position of minorities receiving unconscious bias; to experience and understand what it looks and feels like to receive that prejudice.

With over 10 years of research and development, co-founders Annie Harper, Brennan Hatton & Rick Martin are experts in VR user experience.

Equal Reality’s interactive VR app teaches you to recognise unconscious bias by putting you in a scenario where you are on the receiving end unconscious bias. Immersed in the scenario, you’re required to signal when you think you’re receiving this bias. The whole experience is designed to trigger empathy, then reflect on your experience.

“We engage the head and the heart,” Annie said.

Being a huge believer in social justice, Annie wanted to use her skills with machine-to-mind communication to tackle some of society’s tougher challenges.

“In the past, humanity has really focused on intellectual training and you can see trends where every generation does increase slightly in their IQ capacity,” Annie said. “But there’s been equal studies that show emotional intelligence and social intelligence are not increasing.”

Equal Reality have released a Beta Demo – the first module of their app, which focuses on gender bias. Less than one week after launching on Viveport they achieved #1 most popular VR Business App in Australia, the UK and the US.

The next modules released will explore age and disability biases.

Currently in the 2nd Cohort of the Remarkable Accelerator program, they have been working closely with our Entrepreneur in residence, Ben Reid.

“The beta shows just the tip of the iceberg in what could be possible in using VR for diversity and inclusion training,” Ben said.

The Demo App is now available to download free on Viveport. 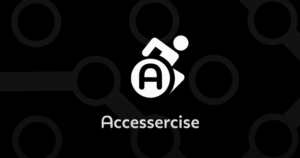 We’re thrilled to launch the second season of our Remarkable Accelerator Founder Stories Series. This series was brought to life with the help of Clothesline 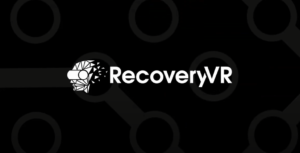 Today we are celebrating the 11th Global Accessibility Awareness Day (GAAD)! The purpose of GAAD is to get everyone talking, thinking and learning about digital